Join Our Newsletter
Shop Our Store
MAIN MENUMAIN MENU
By Jacki Billings on November 14, 2018 in Gear 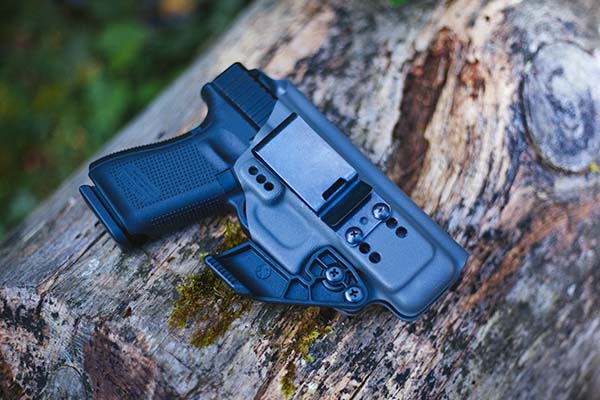 Chances are you may not have heard of Dark Star Gear. A kydex holster maker, Dark Star Gear certainly has had its feet firmly planted in the concealed carry market, but the small business relies almost solely on word of mouth marketing. For some companies, this would prove problematic, but for Dark Star Gear its products are worth talking about.

After months of hearing about the elusive Orion AIWB holster designed for the Glock 19, I decided to bite the bullet so to speak and nab one of my own. Opting to circumvent the usual black that litters my holster drawer, I chose a grey color. Unlike big box holster retailers, each holster is made to order which means you’ll be stalking the mailman for a couple of weeks. The Orion is well worth the wait, though. 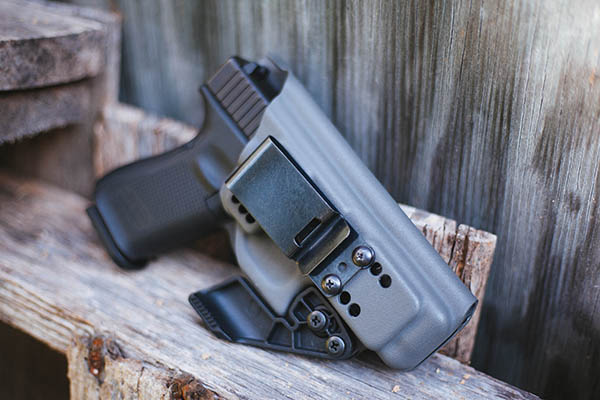 One glance at the Dark Star Gear G19 holster and it quickly becomes obvious why this holster is highly touted among AIWB aficionados. Made from Kydex, the Orion features a durable, rigid build that stands the test of time. This holster has ridden AIWB on me for several months now and shows no signs of stopping anytime soon. Despite repeated draws for both live fire and dry fire, the Orion has maintained its structural integrity with no cracks or weakening. Known to be rather clumsy, the Orion has bit the dust or rather bit the floor of my bedroom a few times; but it’s still kicking.

The holster’s shell is not only durable, it’s well built around. Featuring a sweat guard that protects the entirety of the Glock 19’s slide, the holster does what a good holster should – safely retains and protects the gun. Molded to the contours of the Glock 19, the Kydex fastidiously holds the pistol in place but doesn’t impeded the draw. The Orion’s shell also adequately covers the most important feature on the gun – it’s trigger. While a well-protected trigger should be an obvious choice on holsters, that’s regrettably not always the case. Dark Star Gear, however, has consciously designed the Orion to ensure the trigger is fully encased in the holster’s shell and unable to be accessed until drawn from the holster. 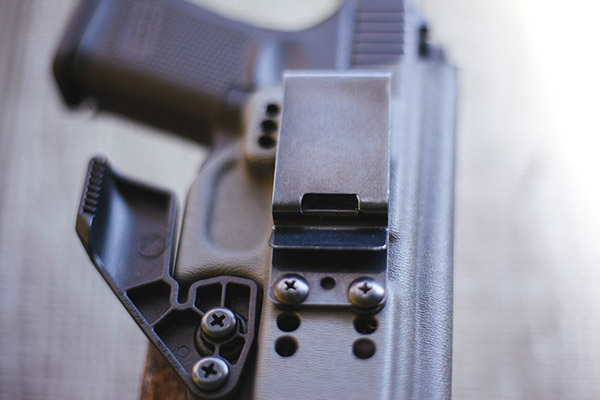 Though the holster ships with belt loops, the author swapped hers out for the included metal clip. (Photo: Jacki Billings)

While I appreciated its well-built structure, the biggest perks to the Orion system is its interchangeable belt mount options and claw design. The Orion ships with both a metal clip as well as belt loops, allowing carriers to decide which suits their lifestyle best. I personally went with the metal clip option as I found the snaps a little too tough for my fingers to snap and unsnap – though I’m sure repeated use would loosen them to a comfortable degree.

The metal clip is, like the holster itself, built with integrity in mind. It firmly catches the belt and definitely won’t let go until you deem it time. In addition, Dark Star Gear’s decision to use a metal clip as opposed to a plastic clip, is a smart one. The metal is thick enough I don’t foresee an issue with the clip mysteriously and inconveniently breaking at inopportune times – a situation many concealers have unfortunately experienced with plastic clips. The belt loops can be swapped out for the metal clip, or vice-versa, using screws on the front of the holster. Ride height can also be set to preference via these screws. The process is, overall, fairly straight forward and easy to achieve.

Clips aside, the Orion’s other great quality is in its claw design. The claw has become increasingly popular among AIWB concealers as it successfully angles the muzzle out while bringing the grip closer to the body. This subtle shift in position is often the difference between a baggy sweatshirt in the middle of summer and a normal blouse. The Orion’s claw is offset to the right side and does its job without drawing attention. The claw is subdued, not a hulking mass of plastic that some AIWBs suffer. A simple addition to the holster, the Orion’s claw pushes the holster from just an average design into the realm of exceptional.

The Orion flawlessly conceals the Glock 19 even under t-shirts. (Photo: Jacki Billings)

It’s no secret that I am, what I term, a micro warrior – that’s a petite shooter for anyone asking. At just 5 feet 2 inches and around 100-pounds, any flaw in an AIWB setup becomes readily obvious on my body type. It’s not always easy to pack a Glock 19 on this size frame, but the Orion makes it feasible. The claw’s angle forces the gun’s grip, arguably the most difficult part of the gun to hide, further into my abdomen removing that blocky appearance. Situated around my mid-line, I can flawlessly carry my Glock 19 in every day blouses and t-shirts with none the wiser.

The Orion, crafted for the Glock 19, is simply put an AIWB win. Marrying a molded, clawed Kydex design with the option of metal clip or belt loops, the Orion manages to do what many AIWB holsters have tried and failed – successfully creating an AIWB rig that easily and stealthily conceals larger sub-compacts. While it’s a tad pricey, the Orion by Dark Star Gear is well worth its starting price of $80. 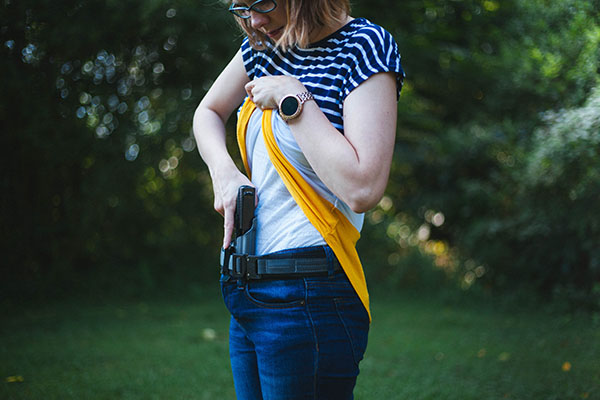 The Orion securely holds the Glock 19 in the AIWB position. (Photo: Jacki Billings)

*Editor's Note* — Check out the ConcealedCarry.com Appendix Carry Mini Course. It literally costs $1.22, and is well worth the price.

Jacki hails from the hills of Tennessee where she grew up surrounded by guns. She became serious about firearms and, in specific, their role in personal protection in her early twenties and that love affair propelled her into a career as a firearms journalist. She currently holds certifications as a NRA Instructor and TN Concealed Carry Instructor in addition to sporting a black belt in the Korean mixed martial art of Yongmudo. Jacki uses her Bachelor’s Degree in Journalism to funnel her passions of writing, concealed carry and guns into articles designed to help petite micro warriors like herself in their journey towards self protection. Jacki currently resides in her home state of Tennessee — go Vols! — with her two children and a mischievous Corgi.
View all posts by Jacki Billings →

Is It Ever Acceptable To Carry A Cheap Gun?
Best Places To Buy Ammunition Online, And A Resource Too