Join Our Newsletter
Shop Our Store
MAIN MENUMAIN MENU
By Joshua Gillem on March 29, 2017 in Gear

After speaking to many local gun store owners over the course of the last year, they all seemed to share a similar sentiment: The once popular 40 S&W self-defense cartridge is dead.

In fact, one of the gun shops I frequent doesn't even stock guns chambered in forty, simply because they just sit in the case. 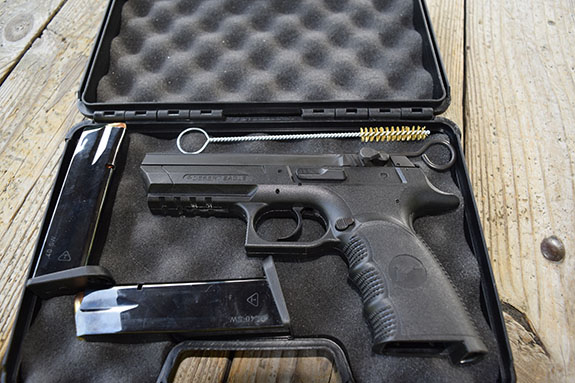 To get a solid handle on why this is happening, we must first get a firm understanding of firearms history, as it relates to how law enforcement chooses a duty gun. The .40 Cal was introduced way back when the FBI deemed the 9mm unworthy, ballistically, to get the job done in a shootout. To combat the 9X19's deficiencies, they decided to move to a bigger, more powerful cartridge: 10mm.

The 10 was superior to the nine in almost every way, delivering magnum ballistics with the ability to carry more cartridges than your standard 6-shot .357 magnum revolver.

It was a match made in heaven … Or so they thought. The main issue with the 10mm, is that police and FBI were unable to handle the associated recoil of this powerhouse cartridge, forcing them to find another solution. This is where the .40S&W came into play.

The forty-cal was much easier for on-duty police to handle than the 10mm was, allowing those who shot it the capability of qualifying with their duty guns. After all, a police officer who cannot shoot a gun is ineffective at his/her job.

That is an important point to remember going forward, because what LEOs use on the job plays a big part in the story. 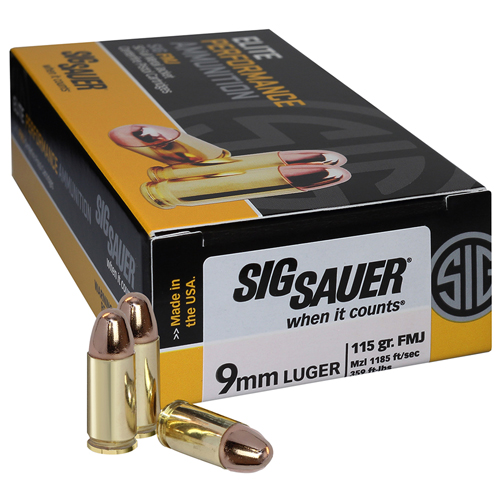 After several years of using the .40 S&W self-defense cartridge and getting the job done with it, the FBI made the controversial move to change back to the once under-powered 9mm parabellum round, just over a year ago.

Citing reasons such as increased capacity, improved terminal ballistics, and the ability to land multiple shots on target in quicker fashion, the FBI awarded a contract to Glock for striker-fired pistols, chambered in 9X19. This decision dealt a severe blow to the already diminished .40S&W market.

The FBI no longer saw it as a viable option for their agents, and civilians usually follow suit because we know the feds have ballistic guidelines to help them choose the right cartridge for their guns. The bottom line is that 9mm ballistics had improved greatly, from what they used to be.

There is a notion I'd like for you to dismiss right now, and that is the idea of this thing called “knock-down power.” There is no such thing as knock-down power unless you make a head shot or destroy the beating heart of your attacker. And, even then, life may not be lost right away. Listen to what I'm about to say next very carefully –

Knockdown power is nothing more than a myth.

If the Hollywood directors could have it their way, they'd have you believing that each time someone is hit with a bullet, they'd fly back 15 feet. There's just no such thing, and to make matters even more interesting, there really is no such thing as a one-shot kill with a handgun. Can it happen? Sure. But is it the norm? No, not really.

Back to the point …

9mm produces a smaller hole than does the .40. It's not possible to argue with science in this regard. .40 S&W is essentially 10mm in diameter while a 9mm bullet, is well, you know–nine. It doesn't make sense for us to think that a smaller projectile can perform as well as a bigger one does, in many cases.

The thinking, is that while one clearly cannot perform as well as the other, the lesser of the two performs good enough to get the job done. Furthermore, when you take into account that people shooting 9mm are more accurate with the ability to land more shots on target, the argument is improved. In other words, two smaller, deeply penetrating holes are better than one.

How have the nine's ballistics improved? Well, that'll be a topic for another day, and one that we've got coming to you. Suffice it to say that according to the FBI, 9mm JHP gets the job done. 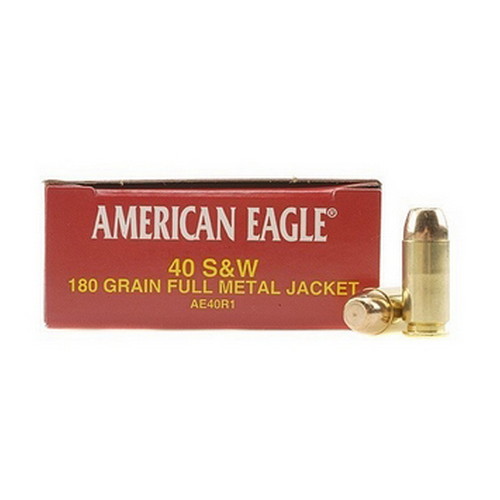 The short answer to this, would be “no, it's not dead.” In fact, it's no more dead than 10mm is. The .40 caliber will always have a following, and there will be some who will always believe it is the best option, no matter what the FBI or anyone else says. The most important thing, is that we all carry what we can handle in a defensive situation.

However, it is in decline as a commercially used self-defense cartridge. Why is this so? Well, for starters, cost effectiveness has a big role to play. There is a direct correlation between cost per round and the amount of live-fire training a person does.

In other words, if you can't afford to shoot your gun, it won't get shot. And, the result of that, is being less effective in your self-defense pursuits. Period.

If you take two boxes of ammo from the same manufacturer, one in 9mm and the other in .40 S&W, the former will be cheaper 9 out of 10 times. That's just the way it is.

On the other hand, though, you have the people who don't care about cost simply because they believe it does a better job. And that is the main reason why the .40S&W will never actually die.

What's next? Well, only time will tell. However, I feel confident in saying that, even in decline, the .40 S&W self-defense cartridge is NOT completely dead, no matter what you may have heard others say in the past. It's alive, even if only in some shooting circles, and it's not going anywhere, anytime soon.

What I want to know, is what you've got strapped to your hip, in your concealed carry holster, right at this very moment. What caliber do you trust your life with? Let us know in the comments.

Leave a Reply to Mzzond Click here to cancel reply.