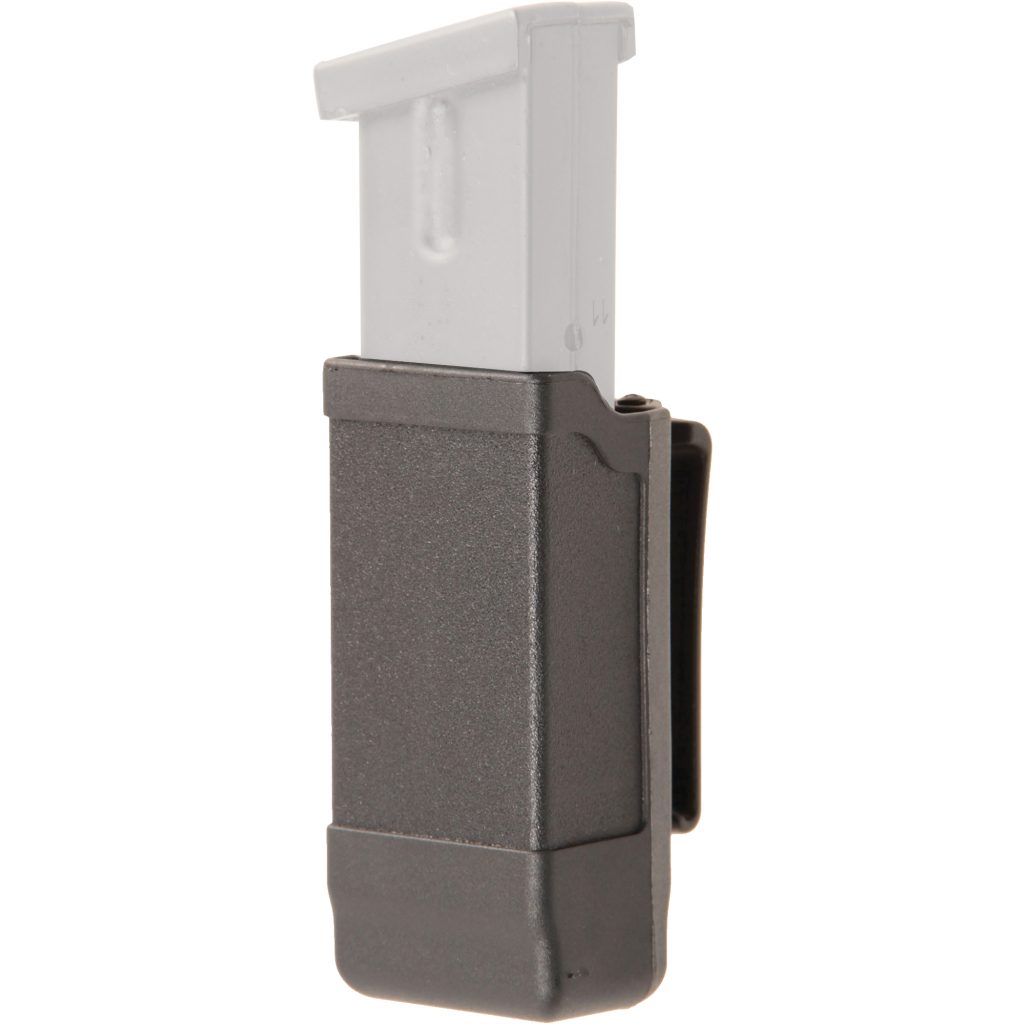 There are some things that you should likely be carrying if you carry a gun for self-protection. One of those things is a medical kit of some kind, just in case you ever need to defend yourself and have holes that need to be plugged or if you come up to an accident and someone needs help.

The other, is extra ammunition.

The case for carrying extra ammunition shouldn't have to be made, and yet, we hear a lot concealed carriers say things like: “if I have to shoot more than my gun's worth of ammo, I'm screwed anyway.”

While it may be true that you could be screwed, you'll definitely be screwed if you've only got a few rounds of ammo on you and need to engage more than one target. One of the reasons why this is true is because bad guys and attackers generally tend to travel in packs of more than one person.

If you end up in a gun fight with a few baddies and only have 7 rounds of ammo on you, when you run out of ammunition, you'll find yourself up that proverbial creek, really quick.

When it comes to carrying extra ammunition, there are a lot of different options you've got at your disposal. There are accessories like the Snag Mag and Neo Mag that go in your pocket and look like nothing more than a pocket knife.

There are also Kydex (polymer) belt mounted inside and outside the waist mag pouches, leather mag pouches, and some folks just drop an extra magazine loosely in their pocket (which we don't recommend if you intend to be quick on the reload).

No matter which product you choose, there are a few methodologies we recommend to help in your magazine change.

First, we recommend that you place the magazine in the pouch or carrier in such a way that it points toward the front of your body. Therefore, if it's on the strong side hip it points to your front. Or it points towards your belly button if you're carrying it appendix.

Another way of looking at it, is bullet first. When you orient the mag this way, all you have to do is rotate it so it's pointing up, and you don't have to fiddle with it at all. It's already pointing in the right direction.

Then, when you grab your magazine from the pouch, do so in a way that your index finger is oriented on the front of the magazine, with the pad of your finger touching the first round. This does a couple of things for you.

It enables you to know that you're actually inserting your mag correctly because you feel it with your finger. As a bonus, it allows you to ensure that your first round is, in fact, properly seated inside the magazine. If it's not, you can push on it to make sure.

Riley goes much further into depth on concealed carry magazine pouches, as well as the indexing of your finger, in this Facebook Live Video, here:

For the rest of this week only, you can take 15% off any of the magazine pouches we carry in our online store by using the code MAGS19 at checkout. Make sure you take advantage of that before it ends.

Do you carry a spare magazine? If so, which one is your favorite? Let us know in the comments below.